It’s hardly novel to ponder the consequences of screen addiction these days—declaring that “overdependence on electronic devices is harmful” feels almost as redundant as saying “smoking is bad for you.” Thankfully, writer/directors Alex Huston Fischer and Eleanor Wilson’s debut feature “Save Yourselves!,” a contemporary relationship comedy guised as a modest apocalyptic farce, shows little interest in stating the obvious. Instead, this gleefully high-concept and defiantly low-budget two-hander claims we might be better off holding onto our mobile screens for the time being, but perhaps in moderation. You know, just to access information in case of an emergency, so that we don’t walk into a catastrophic situation in a rapidly changing world all clueless and shocked, like Jared Leto emerging into a post-lockdown Covid-19 reality back in March.

That’s pretty much what happens to the central characters of “Save Yourselves!,” a pair of delightful Brooklyn hipsters who decide to go cold turkey with their phones exactly at the wrong time, on the day humankind would lose their claim to Planet Earth due to a freaky alien invasion. They are Su (Sunita Mani) and Jack (John Reynolds); a couple so wide-eyed and innocent-looking that you’d think they just grew into their adult bodies accidentally in their own millennial version of “Big.” Su is stuck in a fruitless and abusive job situation. Jack on the other hand indulges in new-age-y pursuits like clinging to a piece of crystal for good luck. And both are a bit too pre-occupied with their touch-screens and browser tabs to the extent where virtual connection has come to mean detachment and disengagement everywhere else, including in their romantic relationship which clearly means a great deal to both. But how exactly could these two “become better people” and be more present for one another?

A week-long off-the-grid escape to the country comes to the couple’s rescue all of a sudden; an impromptu getaway during which the lovebirds agree not to turn on their phones. What they’d instead do is rediscover their intimacy, reconnect with the nature and in Jack’s case, make sourdough starter from scratch; an endeavor that will feel all too relevant to the chronic bakers of the ongoing quarantine days. Unlucky for them, ominously murderous extraterrestrials have been taking over the world and even creeping into the idyllic woods where Su and Jack are vacationing, ignoring messages from their friends and family members.

Perhaps because scaring these endearing individuals with sharp-jawed, bloodsucking and gut-munching creatures would be too cruel, “Save Yourselves!” goes with an adorable alien design. Before we know it, small pouffe-like brutes that look like curled up plush porcupines or cuddly hedgehogs materialize everywhere, looking so cute that one’s natural instinct would be to pick them for a hug instead of running away for dear life. But before the fuzzy fur-balls take over their domain in earnest and “Save Yourselves!” takes an adventurous turn towards a survival narrative, Su and Jack engage with earthly resolves, trying to resurrect what seems to be missing in their relationship, even confessing their deepest embarrassments to each other. Jack says he doesn’t feel manly enough—he knows nothing about plumbing or fishing. Su on the other hand admits she’s been eating her disposable contacts for years after her naive curiosity became a habit.

It’s through these earnest scenes between the childlike duo, mixed with standard-issue hipster humor of mason jars and vegan meals, that the filmmakers manage to maintain the disarming edge of “Save Yourselves!,” even when the running time feels stretched and the one-note concept wears thin. While Fischer and Wilson’s slim and curiously asexual material doesn’t nearly go to the existential depths of Charlie McDowell’s “The One I Love”—another modern-day and sci-fi-adjacent study of domestic partnerships—the joint charms of Mani and Reynolds keep things light and lively. In the end, you come to care about this couple and genuinely hope that they’d outlive the apocalypse both in their union and out there in the vanishing world.

It will be up to you to make heads or tails with the tale’s underwhelming ending, a slight conclusion that both gives up on the story and sadly shows how the film’s scarce resources can’t keep up with the premise’s sci-fi ambitions. Still, there is a lovable heart about it all, eager to win you over with its kind spirit. During today’s grimness, that sweetness just feels galactic.

Now playing in theaters; available on digital platforms on October 6 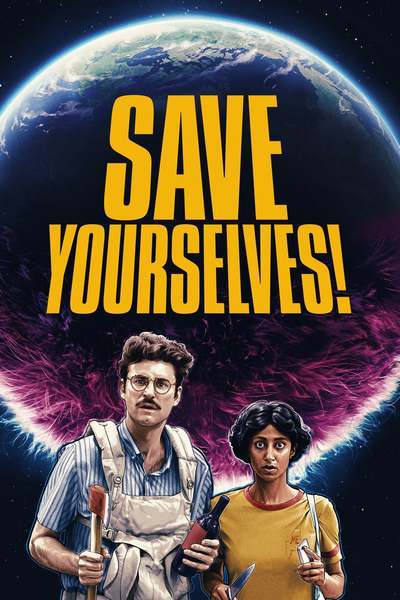 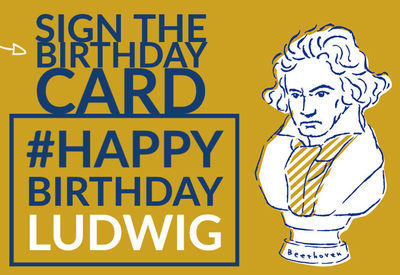 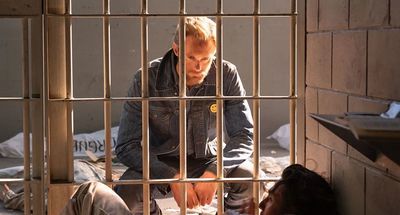 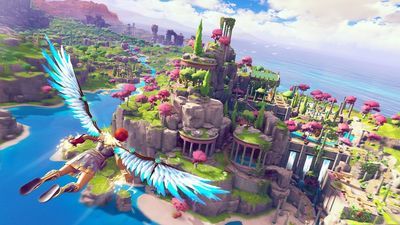 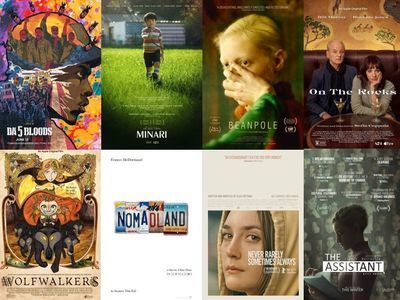